“Figurski at Findhorn on Acid” by Richard Holeton is a hypertext novel that’s been described by scholar Mariusz Pisarski (2021) as “funny, crazy, ultra-postmodern satire” and by critic Michael Tratner (2001) as “a cross between Borges and the Marx Brothers.” Originally published on the Storyspace platform in 2001, the novel was reconceptualized and redesigned in open web languages in 2021. The result is a new work featuring a unique, dual aesthetic design with two modes that the reader can toggle between: “Contemporary Mode” for modern readers, and “Classic Mode,” which pays homage to the look and feel of the original.

With 147 scenes determined by every possible combination of three characters, three places, and three artifacts, the novel revolves around the global and virtual pursuit of an invaluable 18th-century mechanical pig by three eccentric protagonists. To traverse the narrative, readers can follow a chronological default route, optionally click on digressive text links, follow various “time lines,” or navigate via a graphical “map view” of the structure.

“Figurski” operates as a kind of mini-digital heterotopia, a discursive space-of-many-spaces that connects and mirrors-—but also distorts and disturbs—-the “outside” world (Foucault 1967). Because the story is built from the novel’s nine textual building blocks, reconstructed by readers as they follow various paths through the hypertext, the combinatorial conceit creates an internal intertextuality which may reflect larger, external intertextualities. The novel applies its funhouse mirror in particular to educational and academic discourse. Protagonist Frank Figurski is a failed academic who murdered his PhD advisor; Fatima Michelle Vieuchanger is a gender-bending feminist who publishes monographs as well as journalism; and Nguyen Van Tho is an immigrant acrobat who at one point impersonates a professor attending a scholarly conference. All three fictional characters have real-world counterparts who also appear in the novel; the references in the Notes section likewise include both real and fictional sources. As Chelsea Miya (2019) writes:

“The encyclopedic form of the novel satirizes academic language and research culture . . . . [the author] appears especially fond of pedagogical rhetoric and both invites and pokes fun at practices of scholarly inquiry. One scene, for instance, is written as a conference abstract. Others are presented in the form of “Questions for Discussion” (Bell 165, Traversal, pt. 4).”

The repeated “Questions for Discussion” position the reader as a subversive student in a farcical classroom.

A final aspect of the project relating to the conference theme is the deep connection to pedagogy of the undertaking itself. Because the novel was reconceptualized and migrated from Storyspace to open web languages by four undergraduates working in the Electronic Literature Lab at Washington State University Vancouver, it provided the opportunity for them to learn their craft and hone their design and coding skills so they could better prepare for jobs in their chosen fields—-at the same time applying their contemporary user-experience sensibilities to bring this comic fiction back into actual classrooms as an open educational resource. 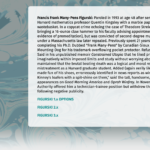 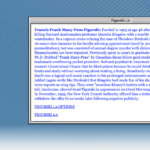 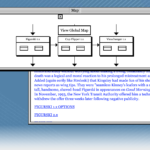 Richard Holeton is author of the hypertext novel “Figurski at Findhorn on Acid” (recently adapted as a radio play for Re-Imagined Radio) and other widely-exhibited electronic and multimedia literature. His print fiction has appeared in Indiana Review, Mississippi Review, ZYZZYVA, Tupelo Quarterly, and F(r)iction, among other journals, and his awards include fellowships from MacDowell, the National Endowment for the Arts, Dora Maar House, and the California Arts Council. A former writing teacher and administrator at Stanford University, he lives near Half Moon Bay, California. More information is available at richardholeton.org. 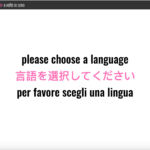 Leanne Johnson – Sometimes I am…